Homebuyers looking for a city that offers the full package should take note of Philadelphia, PA, or "The City of Brotherly Love". Philadelphia is currently the 5th largest city in the U.S. by population and growing. The city's population dipped over the past decade but has rebounded nicely since 2010, which bodes well for the Philadelphia real estate market and indicates the national appeal of the area.

Got Little Ones? Living in the City Will Save You a Bundle - March 2017 (Philly Mag)

On the whole, living in suburbia saves the typical American urbanite $9,073 annually over living in the central city, when mortgage costs, property taxes and child care costs are taken into account. But at the metropolitan level, this was not uniformly the case: in 15 of the 30 cities the study examined, living in the city cost less.

And nowhere was the savings greater than in Philadelphia.

According to the study, it costs $13,859 less to raise a small child in the city of Philadelphia than it does in its suburbs, and one of the contributing factors is the cost of child care. Read More

Thanks to the “open data” movement, it’s now possible for those outfits that rank the best of everything to turn their gaze to individual city neighborhoods. Niche.com, which produces annual rankings of the best schools and best communities to live in in the country, has now added new rankings of the “Best Places to Live” in American cities.

And in its first ranking of Philadelphia neighborhoods, Bella Vista took top honors.

Now you can search the cleanliness of all of your favorite restaurants! Enter the restaurant name and view any current or past inspection violations.

Philly's skyline has seen some drastic changes over the last 30 years. With the exception of the Comcast Center, the most recent changes have come in the form of low-rise and mid-rise buildings, but that doesn't make them any less significant. After the jump, check out Curbed's map of 17 significant construction projects that are currently underway across the city.

PhillyTreeMap is a web-based map database of trees in the greater Philadelphia region. The wiki-style database enables non-profits, government, volunteer organizations, and the general public to collaboratively create an accurate and informative inventory of the trees in their communities. You can learn how to ID trees, map locations of trees, and view the EcoBenefits of the trees in terms of: Energy conserved, Stormwater filtered, Air quality improved, Carbon dioxide removed, Carbon dioxide stored to date.

(preview) As we close the book on 2016, let’s take a look back at the year in real estate and development. What were the stories that got people’s attention this year? Here are our picks:

Toll Brothers goes tall on Jewelers Row and sets off a preservation fight.

The PHA continues to press on in Sharswood, and critics continue to take shots at it.

The region’s shopping malls retool – or even de-mall.

The real estate community gets a voice on Council.

New apartment buildings grow like weeds, and their growth has made affordable housing a live issue. Read More

Perhaps the strongest reason to search for Philadelphia houses for sale comes from the city’s unique culture. Few cities in the United States can rival Philadelphia’s rich history, with the Liberty Bell, Independence Hall, and the National Constitution Center all serving as key landmarks in Philadelphia’s historical tourism industry. Philadelphia also boasts an active museum community, hosting destinations like the Pennsylvania Academy of the Fine Arts and the Barnes Foundation.

When most people think of the great American metropolises, they think of Los Angeles, Chicago and New York. For years, this monolithic trio has been the only game in town for those seeking vibrant, diverse, and populous urban centers in the United States. But, a recent National Geographic article said that it might be time to add another city to that list: Philadelphia.

The image of Philadelphia as a dying city is slowly being washed away to reveal the metropolis as a center of culture, history and art. National Geographic Traveler cited these factors in its decision.

Philadelphia regularly hosts music and arts festivals and showcases in Center City. Every first Friday of the month is a celebration of Philly’s arts and every gallery on the Benjamin Franklin Parkway is free of charge to students.

As home to a multitude of education and research centers, it’s no surprise that homebuyers across the country are seeking out Philadelphia homes for sale and are eager to root their families in such a wholesome environment. The city offers great schools for students of all ages, including some of the nation’s finest universities: The Art Institute of Philadelphia, Temple University, and the University of Pennsylvania.

The number of Philadelphia homes for sale has benefitted from the city’s central location. Philly rests within driving distance of Washington D.C., New York City, and Atlantic City, giving potential homeowners access to a wealth of career and tourism opportunities. Many new residents of Philadelphia are drawn to the city’s diverse and relatively temperate weather, as well. Summers are hot and muggy, while fall and spring are mild. Winter is cold with varying amounts of snowfall.

But while so much of Philadelphia is centered around telling the story of our forefathers and other great leaders of the past, the city’s residents are adamant about forging their own identity as well. Homebuyers interested in Philadelphia real estate should be ready to cheer on the Eagles at Lincoln Financial Field or watch the Phillies play at Citizens Bank Park. They should be ready to embrace the Philly cheese steak and scarf down a soft pretzel every now and then. These institutions are sacred to Philadelphia, and a part of the city’s innate charm.

Andrew Stober bikes to work every day to Center City from his South Philly home. Stober, chief of staff for the Mayor's Office of Transportation and Utilities, joins tens of thousands of people using the pedals over the accelerator to get to and from work. An interesting fact Stober likes to note is that South Philadelphia has the highest biking to work rate of any place in America as it's very convenient to get to Center City on a bike. According to the last census, 100,000 people bike to work every day in Philly.

According to Capt. Ryan, South Philadelphia has 22 bicycle officers who will be giving out warnings and $119.00 tickets to cyclists who run red lights or travel on the wrong side of the street. At a recent community meeting, Stober said in spring 2013, there will be a big ad campaign targeting pedestrians and drivers. Read More

"Philadelphia is the #1 Large City for Biking" - December 21, 2012 (Mayor's Office of Transportation and Utilities)

Walkscore, the company that measures the walkability and bikeability of neighborhoods nationwide has just released a list of the Most Bikeable Cities in the country.  Philadelphia is the #1 Large City for biking in the United States.

The Bike Score methodology examines the number and length of bike lanes, the amount of hills, the level of bicycle and road network connectivity, the number of destinations that can be reached by bicycle, and the mode share of bike commuters in each city.

The city has worked hard to make bicycling in Philadelphia a safe and convenient mode of transportation.  Recently, the Mayor’s Office of Transportation and Utilities and the Streets Department have installed eight new bike corrals and over 500 new bike parking spaces across the city.  Additionally, there are over 200 miles of bikes lanes in Philadelphia. Read More

Philadelphia offers all the convenience of big-city living with the charm and culture of a much smaller town. The city is trending upwards, with people all over the country bidding on Philadelphia real estate. To keep you from missing the boat, Team Damis offers real estate listings by neighborhood to help you find the home you’re looking for in a city you’ll love.

For more information about Philadelphia real estate and properties for sale, please contact one of our talented Team Damis agents today!

How to protect the ones you love from fire 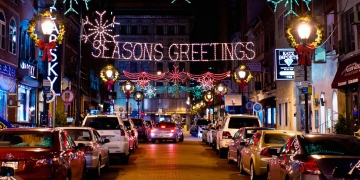 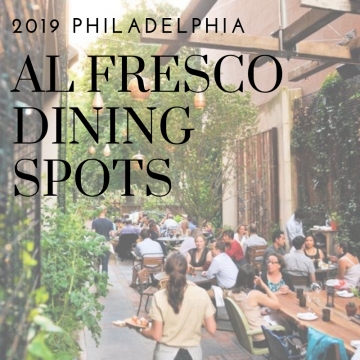 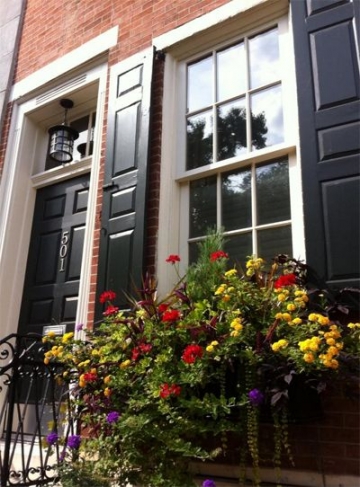 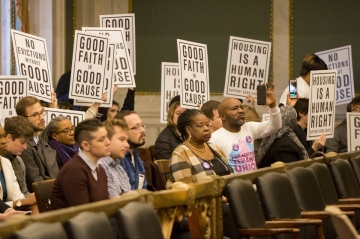